The Illustrated Story of Pan by Kim Johnson

A message from Andy Narell

The Illustrated Story of Pan, Second Edition is the definitive story of Pan – the instrument, the music, the steelbands and their social, cultural and political history, from the earliest days to the present. It is the seventh published work by Trinidadian,

What readers have said:

“This is an outstanding collection of photos and commentary that will leave the reader in awe wonder and deep reflection.”
-Eugene Novotney, Director of Percussion Studies at Humboldt State University
“Stunning evidence of how an instrument, a movement, and a whole way of life developed.”
-Stephen Stuempfle, Society for Ethnomusicology
“A beautiful and important book.”
-Andy Narell, international pan virtuoso 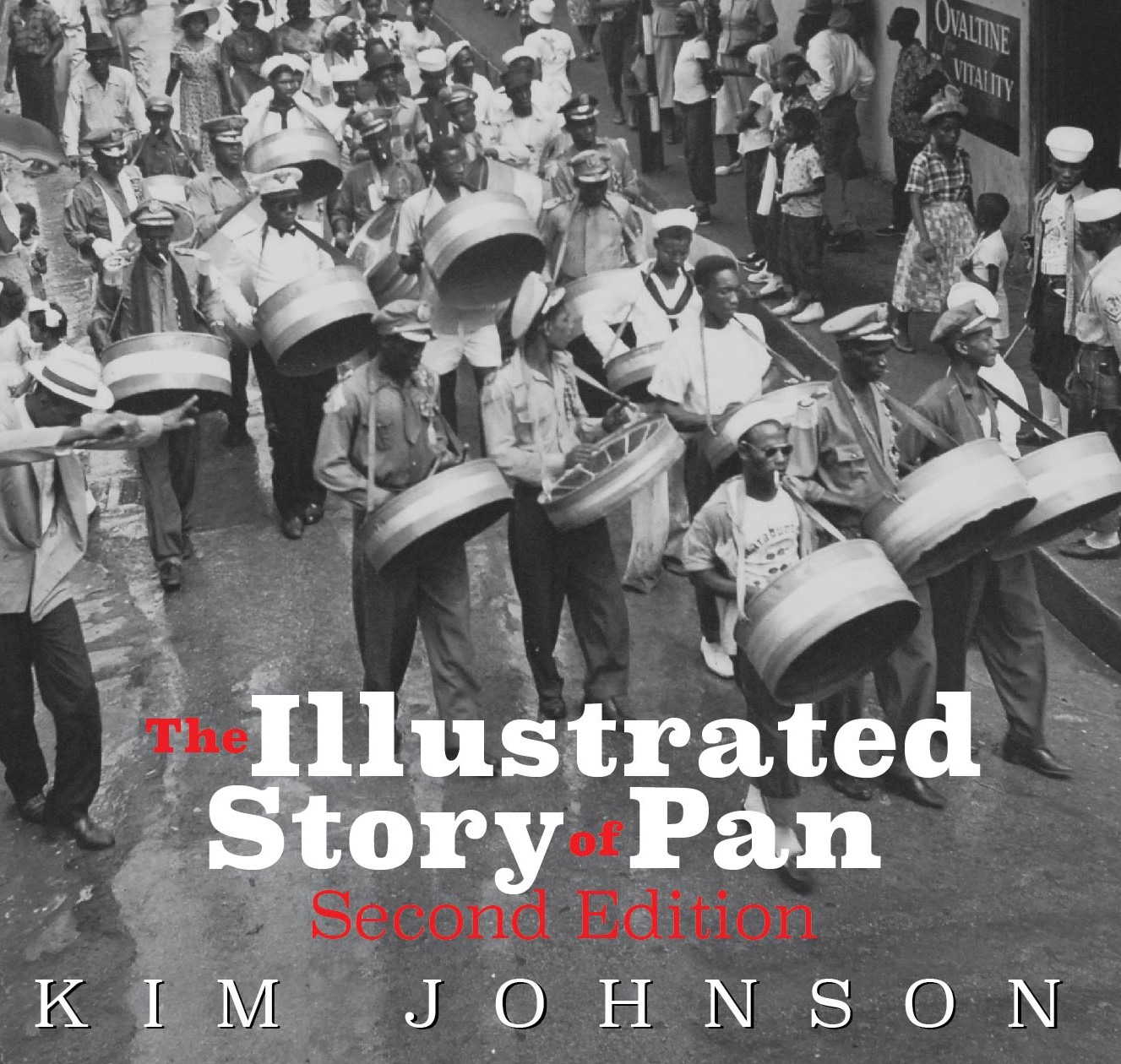 The Illustrated Story of Pan, Second Edition is the definitive story of Pan – the instrument, the music, the steelbands and their social, cultural and political history, from the earliest days to the present.

​Hundreds of photos and pioneers’ verbatim accounts never before published, stories of adventure and discovery, of love and danger, have been threaded along the author’s narrative to produce this monumental epic of musicians and scientists, street fighters and politicians, schoolteachers and their students, promoters and activists, but mostly ordinary people who achieved extraordinary things.

​It is the story of Trinidad All Stars and Renegades and Desperadoes and Phase II and Exodus and all the other big steelbands, but also the small bands, Boys Town, Boom Town and Stepyard, the extinct bands, the Tripoli, Bar 20 and Red Army, the “college boy” bands like Dixieland, Dixie Stars, Stromboli and Rogues Regiment, and of course the countless men and women, girls and boys, who created this marvel.

Kim Johnson is a researcher, journalist and filmmaker. He has published several books on history and culture of Trinidad & Tobago, for which he was awarded the Anthony Sabga Award for Excellence in Arts & Letters in 2011. His books include The Fragrance of Gold: Trinidad in the Age of Discovery; Descendants of the Dragon; If Yuh Iron Good You Is King and The illustrated Story of Pan. Johnson’s films include the prize-winning PAN! Our Music Odyssey; Re-Percussions; and March of the Mokos.

He is also an active blogger.  Check his blog here : www.santimanitayblog.com

What readers have said:

“The book took me to places and times deeply embedded in my memory. It also carried me to a more complex understanding… It added another level of sophistication in our appreciation of the craft… The ancestors are jumping!”
– Kamau, Odinga
“There is something transcendent about this collection… what jumps out is the enormous scale of its component parts.”
– Mark Lyndersay, Journalist
“Very emotional almost spiritual experience thumbing through this book.”
– Chris RasCas
“A masterpiece. Deny yourself a copy and remain culturally malnourished and impoverished.”
– Monty Guy
“I keep re-reading it over and over, literally and figuratively, can’t put it down.”
– André-Roger Dellevi
“Stunning evidence of how an instrument, a movement, and a whole way of life developed.”
– Stephen Stuempfle, Society for Ethnomusicology
“A beautiful and important book.”
– Andy Narell, international pan virtuoso

“(It) will leave the reader in awe, wonder and deep reflection…vast in its scope and stunning in detail.”

“A thing of spectacular beauty, the crown jewel in a Carnival music lover’s catalogue.”
– Shivanee Ramlochan, poet and literary critic
“A magnificent work… social and cultural history at its best.”
– Bridget Brereton, historian, University of the West Indies

There are no reviews yet.

No more offers for this product!

We ship internationally from Trinidad for orders places through this site.  ALL US ORDERS SHOULD BE PLACED AT WWW.SANTIMANITAYBLOG.COM

Books ship within 3-5 days of your order confirmation

Books are shipped via DHL

Orders can be cancelled anytime prior to shipping

We do not accept returns or refunds

Exchanges due to damage can take place at anytime up to 2 days after the book is received. Customer must send an image of damage before an exchange is processed. The customer is responsible for the return shipping of the damaged book.

There are no inquiries yet. 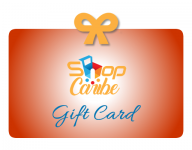 If you can't decide... Give a ShopCaribe e-Gift Card instead!

Give the gift of Joy with a ShopCaribe e-Gift Card and let them choose exactly what they would like from the world’s best collection of Caribbean products!

GET 15% OFF EVERYTHING WITH COUPON CODE: